In 2020 I have written/had published short stories, as well as journalism features and reviews on books, film, music, and visual arts. I have taken a break from writing projects over the last part of the year. But I was productive in my usual way between January and early September. Here's what I got up to:

I published two works of fiction in 2020. The first was my short story collection The Notes and Other Stories. This is a story cycle that includes 12 self-contained yet interconnected tales. The stories follow one central character from his childhood through early phases of adult life. Geographical displacement, karma in friendships, teenage delinquency, first love, sexual awakening, grief, complicated friendships that cross boundaries, mental illness and how it can impact a whole family, children raised in an emotional wilderness, desperate communications, addictions, recreational drug use, eternal returns, a warm and patient light waiting to be seen . . . and always a song that either fits right or sounds out of tune in a particular moment. The collection is available as an e-book on Amazon. 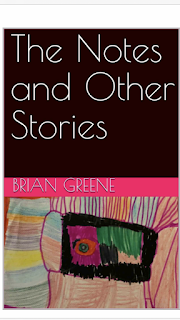 Later in the year I published a standalone story, "The Speed of Absence," This one concerns a relationship between a young boy who's being raised by a single father, and the boy's long-term babysitter. The story is on my blog. 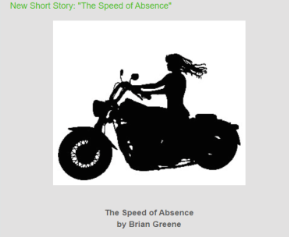 Also, my story "Sphinx," inspired by the life and work of surrealist painter Leonor Fini, was published by Jerry Jazz Musician, an online music/literature/culture publication. I originally wrote the story in 2019.
link to the post 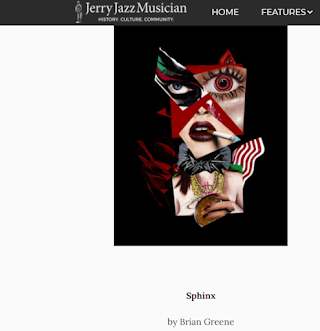 I contributed five new pieces to Criminal Element, the crime/suspense-oriented blog run by Macmillan Publishing. I wrote about a new Blu Ray/DVD edition of the 1971 atmospheric horror film Let's Scare Jessica to Death, a review of Jason Starr's new graphic novel Red Border, a celebration of Bollywood acting star Zeenat Aman, a piece on Bruce Lee's acting, and a page to screen post on the 1982 movie Hammett and the novel on which it's based.
all my posts for Criminal Element 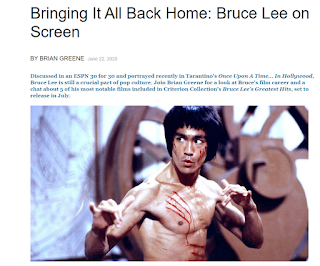 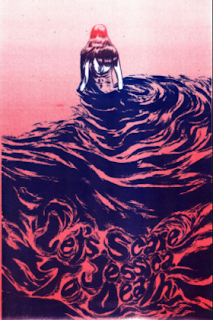 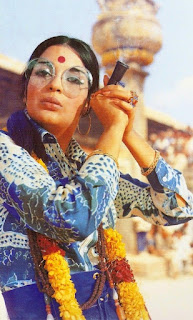 For Crime Reads, Literary Hub's noir-oriented blog, I wrote a career overview piece on late French noir novelist Pascal Garnier. I ranked the 12 Garnier novels Gallic Books has brought out in English translations, while discussing Garnier's personal life and how it connected to his works of fiction. 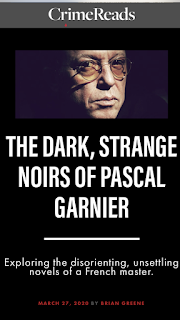 I contributed two artist profiles to Widewalls, an online publication covering visual arts. My 2020 pieces for Widewalls are on French sculptor Juliette Clovis and Finnish painter Riikka Sormunen. I interviewed both artists for my articles on them. 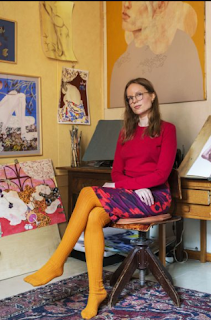 I made three contributions to the It's Psychedelic, Baby blog: reviews of a new album by Spain's The Saw Range and an autobiography by Chris Hillman of The Byrds and Flying Burrito Brothers, as well as a profile piece on South Korean installation artist Jeeyoung Lee. I interviewed Lee for my article on her.

all my posts for IPB 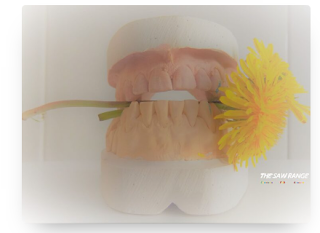 Finally, I wrote a piece on Criterion Collection's new edition of the 1960 film The Fugitive Kind for Cinema Retro. 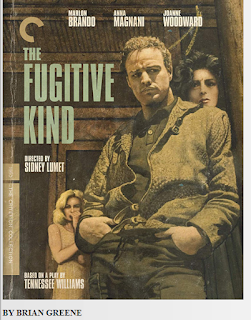 My plan for 2021 is more of the types of projects described above, with an emphasis on short fiction and journalism pieces on the visual arts. But I'm always open to acting on ideas and opportunities that pop up along the way.