The calendar year is not quite over but it’s nearing the end, so it seems like an apt time to look back on things that have happened since January. In 2015 I had over 25 feature articles and lengthy reviews published. The majority of these were for two online publications: Macmillan Publishing’s Criminal Element blog, and The Life Sentence web site, run by Lisa Levy. I wrote about books and authors for both of these sites, among these pieces got the opportunity to reflect on work by some of my favorite writers: Ted Lewis, Shirley Jackson, Charles Beaumont, John Trinian, Jason Starr, et al. For Criminal Element I also wrote about movies, and because of the easy, open relationship I always had with editor Clare Toohey (who, I'm sorry to say, has now left the publication) I could swing back and forth between writing about “serious” films I love, such as Monte Hellman’s moody road movie Two-Lane Blacktop and Victor Erice’s classic of Spanish cinema The Spirit of the Beehive, and having a little giddy fun in penning appreciations of camp fare like Bert I. Gordon’s teensploitaion funfest Village of the Giants. 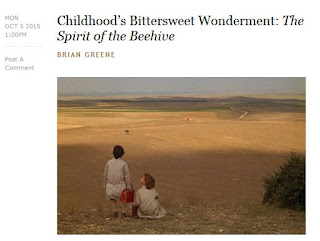 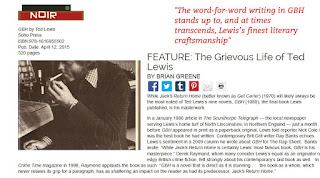 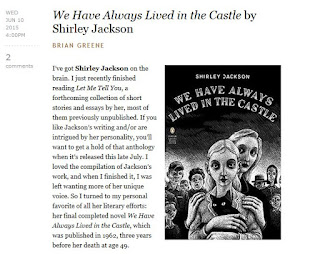 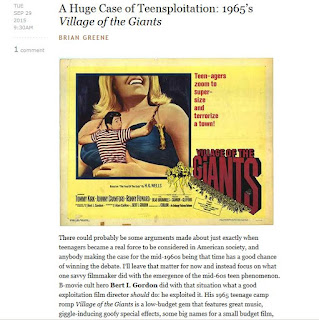 All of my Criminal Element articles from over the years can be viewed via this link http://www.criminalelement.com/Brian%20Greene#filter

Sadly, The Life Sentence will not be publishing any new content, although the site remains live on the web http://thelifesentence.net/

I completed a few special projects that were small in scope but fun to do and fulfilling. The Bear Family record label from Germany invited me to write a few words for the booklet to their 40th anniversary box set. Bear Family is a label for which I have a lot of respect, so being asked by them to do this was an honor. And my write-up in the booklet appears just before one written by Merle Haggard! 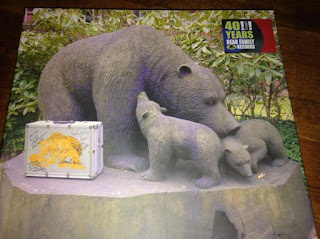 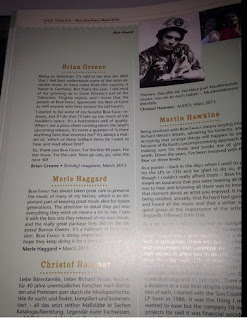 Amazon link for the box set

Another small project came about when Stark House Press asked me to write an introduction to their reissue of two noir novels by Lionel White. White is the author of the book that is the basis of Stanley Kubrick’s classic crime film The Killing, and Quentin Tarantino has openly cited White as an influence on his breakthrough film Reservoir Dogs. Edgy crime fiction such as these two novels by White, or noir literature – however you want to label it – is a favorite genre for me, and Stark House is a taste-making publisher of that type of literature, so this was a rewarding assignment. 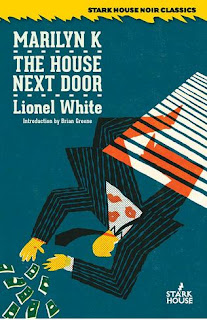 And an early review of the book

For Shindig! the U.K.-based music magazine for which I have written a zillion articles and reviews over the years, I wrote a short feature on the This Record Belongs To ________ release by the Light in the Attic label. This is a collection of kids’ music that comes with an optional turntable created by Jack White’s Third Man record label. This piece was enjoyable for me on a couple different levels. First, I love most of the songs on the collection, did so even before I had kids of my own and started seeking out quality children’s music to enjoy with them. Second, I got to share this assignment with my kids, who listened to the album with me over and over as I worked on the piece. For this article I interviewed Zach Cowie, the DJ and Light in the Attic collaborator who handpicked the songs that are on the compilation. That piece appears in Shindig! issue #50. 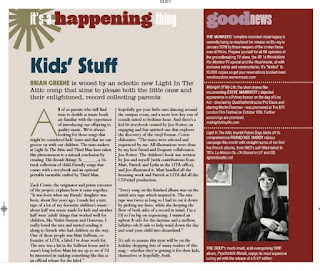 Light in the Attic's listing for this set

Shindig's Listing for the issue

I also completed a few projects that will see light in the near future. I wrote three features that, between them, will appear in two future books that will be published by Verse Chorus Press of Oregon and that were co-edited by Andrew “Pulp Curry” Nette. One is on beatnik-era San Francisco author John Trinian, on whom I have now written several pieces for various publications. Trinian was a fantastic writer who never got the recognition he deserved. He was also an interesting, offbeat character. In the feature, for which I interviewed his daughter, I touch on both his life and work. The anthology in which that feature will appear, titled Beat Girls, Love Tribes, and Real Cool Cats: Pulp Fiction and Youth Culture, 1950-1980, will be published in May of next year. 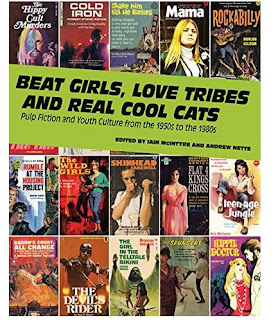 Amazon's pre-order listing for the book

For the other book, which will focus on pulp lit written by minority authors, I wrote about two under-appreciated African American crime fiction writers: Vern E. Smith and Robert Deane Pharr. Smith wrote one of the great works of street lit in 1974’s The Jones Men, a fictional account of Detroit's heroin subculture from the time, and Pharr was a fascinating man and writer who is most known for his 1969 novel The Book of Numbers, about an inner city numbers racket. I interviewed Smith for the piece on him; Pharr died in 1992 so my piece on him focuses squarely on an analysis of his novels, although I was able to pull in a few quotes from him from an interview he did in the the mid-'70s.

Finally, I wrote two new short stories. These pieces have about them some qualities that set them apart from my previous works of fiction. I will be seeking outlets for their publication.

Currently I am in the process of interviewing Colin Blunstone of The Zombies. This interview will appear on the It’s Psychedelic, Baby blog in the weeks to come. I am also at work on a review of a forthcoming book by the son of Hunter S. Thompson, who wrote about his experiences in being the child of the famed and notorious gonzo author. That review will be published by Criminal Element.